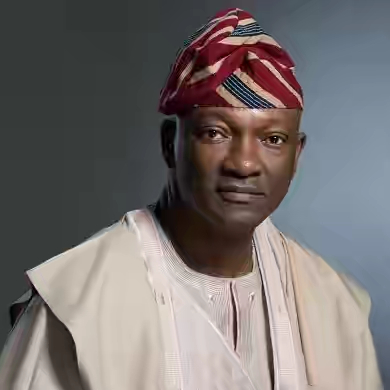 The Peoples Democratic Party (PDP) Lagos governorship candidate in the 2015 general election, Jimi Agbaje, has urged members to be united to defeat the All Progressives Congress (APC) in 2019.

The businessman spoke at the inauguration of the Caucus and State Leaders Council at the party secretariat in Lagos on Friday.

He insisted that the ruling party had failed the people of the state and other Nigerians, adding that it was time for the PDP to take over government.

“The APC has failed in the state, making one to ask if anything is working now in Lagos.

“It is time for the PDP to take over government. However if we must win, we must be united.

“If we must win, we must say no to impunity. We must put our acts together and work with unity of purpose; that is the only way,” he said.

Speaking, Lagos State PDP Chairman Mr Moshood Salvador appealed to members to drop their differences and be more committed to the party.

“I want all of us to see the best in PDP now and get the best out of the PDP in the next election.

“This is only possible with strong unity. No matter how many times the teeth bite the tongue, they are still together, and that is forgiveness.

“Therefore, I call on you to show more commitment to the party and see its success as paramount, to defeat the APC in 2019”, he said.