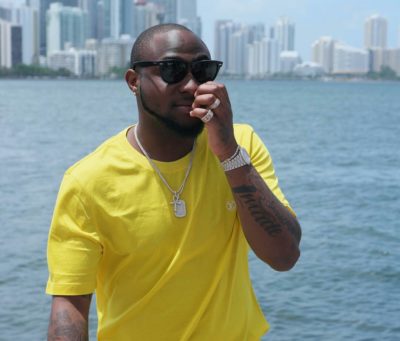 Davido received nominations in 8 categories of the popular Sound City MVP awards. TX news had earlier reported that the singer led with multiple nominations following his eventful musical year in 2017. The award is scheduled to hold at the Eko Convention Centre of Eko Hotels, Victoria Island, Lagos in Nigeria.

The singer’s manager, Asa Asika, made a social post to celebrate the singer’s 8 nominations while canvassing for votes from the public to help Davido claim the awards. In his post, Asa Asika listed the categories in which the singer was nominated and it includes:

-Digital Artiste of the year

-Video of the year

-Song of the year

-African artiste of the year 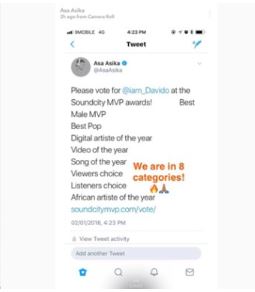