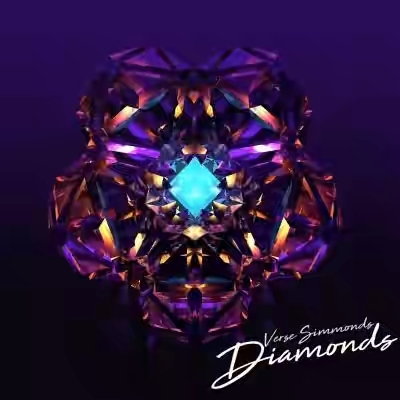 Verse Simmonds is well-known and well-appreciated in the L.A. songwriting circle, lending his pen to tracks like R. Kelly’s “Untitled” and Chris Brown’s “New Flame” (each of which have earned him Grammy nominations). His solo material isn’t as widely known as the hits he’s written for others, but the songwriting remains consistent throughout his new project Diamonds.

Ty Dolla $ign, an experienced songwriter himself isa both a collaborator and a big fan of Verse, recently expressing such on Twitter, where he wrote, “[Verse Simmonds] is one of the best artist out! If u don’t know B!tch u betta ask somebody.” Ty is the only feature on Verse’s new project, appearing on “Make Up,” which finds the overlap in their hazy R&B. Both masters of the topline, the track is filled with earworms and unique, catchy melodies. Though under 3 minutes, there are many ideas packed into the short timespan, making for a thrilling listen that may require multiple spins.