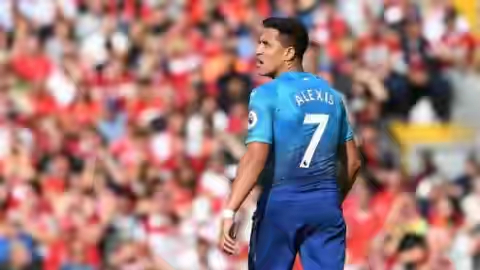 Ferdinand believes Sanchez will ultimately end up at the Etihad Stadium before the transfer window closes.

“I was having this chat with my mates yesterday,” Ferdinand told BT Sport.

“If he has an option to go to City or United as a footballer who wanted to win trophies and be judged on trophies, Manchester City looks like the place to go.

“They are top of the league and going to win that, they are in the Champions League, they look like they will be in the final of the League Cup and the FA Cup as well potentially. So he’s got more opportunities to win trophies there.

“He knows Pep he’s been with Pep and has more of an idea. If Pep wants him again now I’m sure he’s thinking I’m going to go there second time round and do it properly this time.

“Man City are so far ahead of everyone else not just in terms of points but style as well.”

Sanchez has been coveted by City for almost a year and was on the verge of joining in the summer before a move collapsed on account of Arsenal failing to persuade Thomas Lemar to sign from Monaco.

The Chilean International is said to have agreed terms with City and given Guardiola his personal assurance of his intention to sign. But with Arsenal struggling to agree a fee, United have sensed an opportunity and are ready to pounce.