Skip to content
Theo Walcott is still wanted at Arsenal and will get a chance in the Premier League, says Arsene Wenger. 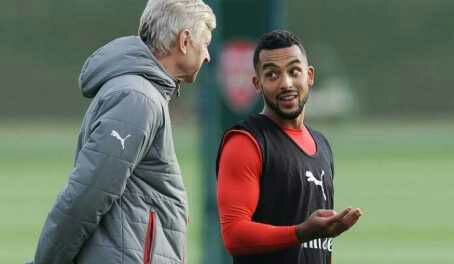 Former Arsenal striker Ian Wright this weektold The Debate he believes it is time for Walcott to leave the club after becoming marginalised from the first-team setup.Walcott, 28, has played just 48 minutes of Premier League football so far this season, but the Arsenal boss insisted the England forward will be given more first-team opportunities.“I do not want Theo to move on,” Wenger said, after revealing he has no fresh injury concerns ahead of facing Swansea this weekend. “When you look at the number of minutes these guys have played it’s quite a big number.“His time in the Premier League will come. I’ve gone into a rotation policy because we play Thursday, Sunday most of the time so at the moment he has got less minutes in the Premier League than other competitions.”
Share this...