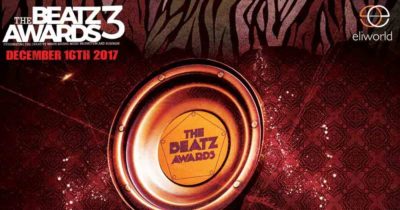 The third edition of the prestigious Beatz Awards recently held on 16th December 2017 at the Muson Centre. The event was attended by popular figures in the entertainment industry including Praiz, Melvin Oduah, Uriel,  Mojisola Oyetayo aka Mama Ajasco, and a host of many others.

The likes of Simi, Tekno, Cobhams were among the winners of the night. Simi claimed the award for best song writer, Tekno was named best Afro-pop producer of 2017, Cobhams Asuquo, who happened to be the biggest winner that night with 3 awards; bagged the award for Producer of the year , the best Afro-soul producer and best Afro-Jazz producer.

Interestingly, TooXclusive was named the best online music platform of 2017 and we dedicate the award to our esteemed visitors who have trusted us to serve them with the best of Nigerian music and relative content.