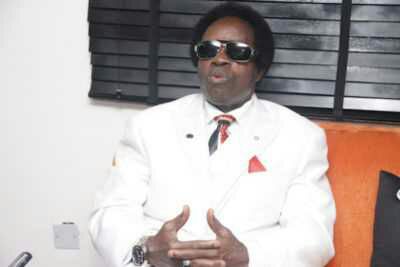 Sir Victor Uwaifo, singer of the 60’s hit song, ‘Joromi’ has come out to say thatSimiandJaywonfailed to request for his permission before making the different remixes of his song.In an exclusive chat with Vanguard NG, the one-time Edo State Commissioner for Arts and Culture, revealed that Jaywon and Simi did not obtain copyright permission from him before recording a remix of his hit song, ‘Joromi’.“They didn’t contact me before doing a remix of Joromi; but I’m like a father to them so I can’t begin to drag them to court, so let them make a living out of it, but at the same timeit’s piracy.I’ve heard it too many times on different occasions; it shows the quality of the music that has come a long way. As far as I’m concerned I’ve lived five lives (from one generation to the other), so if they want to appreciate and still appreciate me, it shows the quality of the music. .It’s one thing to be an artiste and it’s another thing to stay on the scene for a long time; so I will not discourage artistes trying to remix or do another rendition of Joromi, but ratherencourage them to give credit to the composer if they do”,he said.
DISCLAIMER
Koreswape do not claim ownership of any of the Songs or posts that we upload or post, and any copyright infringement complaints will be executed immediately! It is our policy to honor all take-down requests!
If You Feel Your Rights Are Being Infringed Upon,Email Us koreswape@gmail.com
Share this...