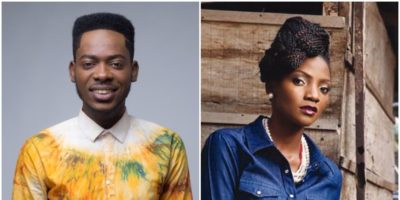 There has been wide spread speculation linking Adekunle Gold and Simi as lovers. Although the two singers have denied the story, time and time again; the rumour refuses to stop as more stories linking the two singers continue to spread.

The most recent evidence of the chemistry between the two, was the instance of the two singer on stage at Simi’s headline concert tagged “SeeMeLive,” which was held at Hard Rock Cafe, Lagos. Simi and Adekunle Gold were performing one of their collaboration songs, No Forget and they almost could not hide their affection for each other, with Simi going as far as kneeling down before her seemingly shy lover.