Skip to content
Recently sacked Everton manager Ronald Koeman says that the seeds for his departure were sown when Arsenal forward Olivier Giroud decided against a move to Goodison Park. 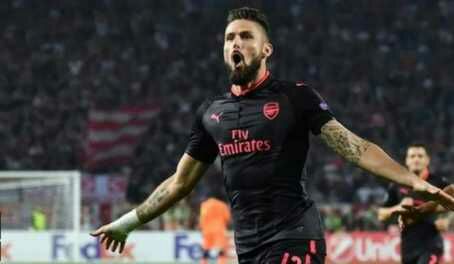 Olivier Giroud was seen as a player who could compensate for the loss of Romelu Lukaku and Koeman thinks the failure to adequately replace the Belgian forward, combined with a tough fixture list, sealed hisfate.“I had Olivier Giroud in the building,” Koeman told Dutch football magazine VI.“He would have fitted perfectly but, at thevery last moment, he decided that he’d rather live in London and stay at Arsenal.“That was really hard to swallow. You tell me, where you can get a better striker?Everton sold Romelu Lukaku, their leading scorer for the past four seasons, to Manchester United in July in a deal worth an initial £75m.“Lukaku was important to us, not only because of his goals, but because of his way ofplaying – strong, quick, direct,” said Koeman.“There was always the option of the long ball to him. Now we missed such a player, we had Nicola Vlasic and Wayne Rooney, playerswho want the ball in to feet.”Despite spending around £140m in the summer, Everton won only two of their first eight Premier League games to sit in therelegation zone.A tough run of fixtures to start the season didn’t help, with matches against five teams who finished above them in the 2016-17 season.“I was on holiday when I received the Premier League fixture list by e-mail,” Koeman said.“I looked at it and saw that five of our firstnine games would be against clubs from last season’s top six: Chelsea, Tottenham, Man City, Man United and Arsenal.“I looked at it again and I said to myself, ‘Phew! That is not going to be an easy run, inparticular with a Europa League run at the same time’. And, most of all, because I had lost my striker Lukaku.”Lukaku has netted seven Premier League goals for Manchester United this season, one behind top scorer, Harry Kane of Tottenham.
Share this...