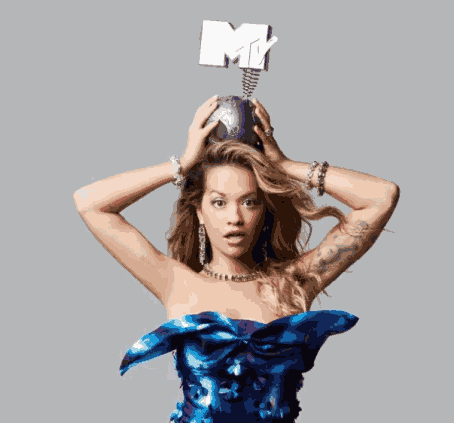 MTV has confirmed that pop superstarRita Orawill host and perform at the 2017MTV EMAslive from London’s SSE Arena, Wembley on Sunday, November 12, 2017.An excited Rita says,“I’m so excited to be hosting this year’s MTV EMAs in my hometown! I still remember how much fun my first EMAs was in Frankfurt in 2012, when I performed ‘RIP.’ Ican’t wait to get back on the stage to host and perform. Worlds will collide on this global stage come November 12th, so get ready.”Bruce Gillmer,Head of Music and Music Talent, Global Entertainment Group, Viacom says“Rita is a multi-talented star who’s been an MTV core artist for over half of a decade. She’s the perfect hometown hero to lead the 2017 MTV EMAs, which promises to be the year’s ultimate global music celebration.” The Kosovo-born songstress will take to WembleyArena to host and perform at one of the world’s biggest nights in music. Ora returns to the EMA stage in full force, following eight nominations collected over the years including Best Video, Best Look, Best World Stage, Best UK/Ireland Act, Best New Artist and Best Push Artist.
DISCLAIMER
Koreswape do not claim ownership of any of the Songs or posts that we upload or post, and any copyright infringement complaints will be executed immediately! It is our policy to honor all take-down requests!
If You Feel Your Rights Are Being Infringed Upon,Email Us koreswape@gmail.com
Share this...