Skip to content
Real Madrid have contemplated making a move for Real Sociedad full-back Alvaro Odriozola for the past year, reports Marca. 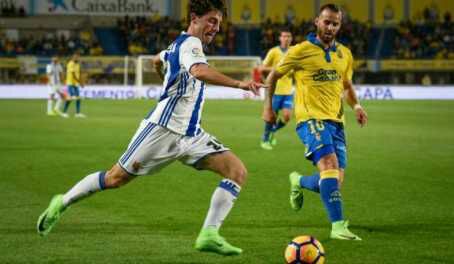 Alvaro Odriozola, 21,- who recently made hissenior debut for Spain – was considered by Los Blancos in the summer when Danilo was about to leave for Manchester City, but they opted to promote Achraf Hakimi from the club’s reserve team Castilla instead.Whether or not they make a move for Odriozola next summer will depend heavily on how Hakimi performs from now until the end of the season, but should Madrid firm uptheir interest, Sociedad are likely to ask Madrid to activate Odrizola’s €40m buyout clause.
Share this...