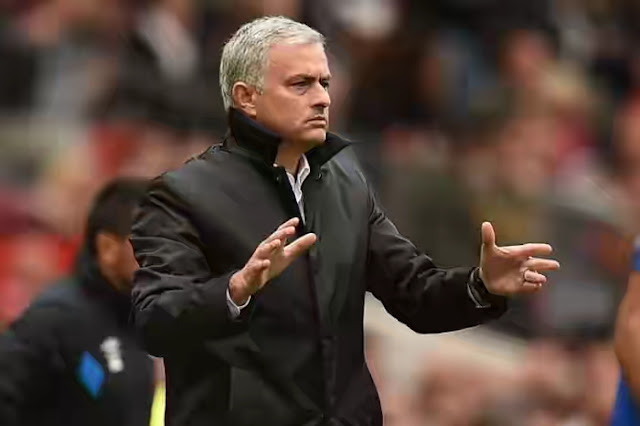 Jose Mourinho is not happy with the handlers of England national team after defender Phil Jones aggravated a thigh injury in his country’s friendly draw with Germany.

Jones, however, despite nursing a thigh injury reported for duty, only for him to be forced off in the first half of last Friday’s 0-0 draw against Germany at Wembley.

Mourinho will be without defender for Saturday’s trip to Newcastle United.

He told Daily Mirror on Thursday, “I don’t think it is possible for a player with a problem to play in a friendly.

“He was having a problem for three weeks, he’s having problems that are stopping him to play for his club and then he plays for his club in extreme conditions because it’s a big match against Chelsea.

“You have always some clubs where their players always have something.

“Then, there are always the clubs where the managers are naive, too pure, and they say you have to go and they go and sometimes they pay the price.