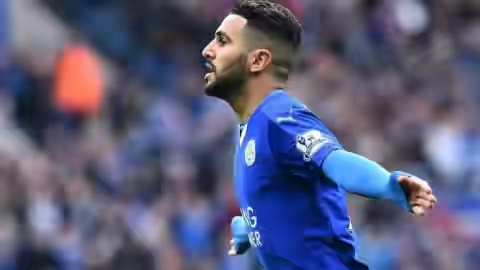 Leicester City winger, Riyad Mahrez, has said that speculations about his recent absence from training with the club, were “completely untrue”.

Mahrez returned to training on Friday, for the first time since the January transfer window closed.

Manchester City had a bid for Mahrez turned down on deadline day and it was suggested that the Algerian went on strike in protest, having submitted a transfer request at around the same time.

But Mahrez released a statement on Friday which read: “Over the past 10 days, many people claiming to be my friend have spoken about me and things they know nothing about.

“Off the back of that, many people and journalists have made assumptions without properly checking the story, so I would like to clarify that all those so-called assumptions of why I was absent are completely untrue.

“Myself nor my advisers have ever made any statements about that, so all presumptions made are totally without foundation.

“Leicester City were always aware of my whereabouts and had knowledge of my thinking either directly or via my advisers.

“I have been a part of the Leicester City team that has achieved much success including promotion to the Premier League and being champions of the League.

“My goals have always been the same and I have always given my full 100 per cent when I play for the club, the fans, and my team-mates.

“Those goals remain the same today and in the future and, when I am asked to be a part of the Leicester team, rest assured I will continue to give my all.”

Mahrez is reportedly available for Saturday’s match away to his recent suitors Manchester City.