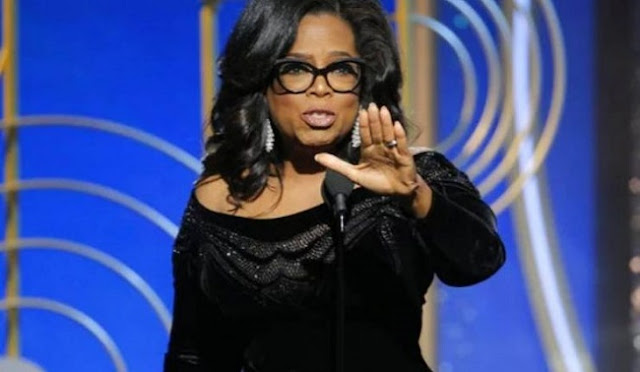 Prominent show icon Oprah Winfrey has brushed off speculation she might run for US president in 2020, saying in an interview published on Thursday that she lacks “the DNA for it.”

When Winfrey delivered a rousing speech at the Golden Globe Awards earlier this month it rekindled longstanding speculation over the billionaire’s political ambitions — and a possible run for the Oval Office.

Some Democrats — still reeling from Hillary Clinton’s shock loss to Donald Trump — have embraced the idea of having their own celebrity candidate the next time around.

But in an interview with InStyle, carried out three weeks before the Globes and published in the fashion magazine’s March issue, the 63-year-old downplayed the idea of a presidential run, saying: “That’s not for me.”
“I’ve always felt very secure and confident with myself in knowing what I could do and what I could not,” said the self-made entertainment tycoon.

“And so it’s not something that interests me. I don’t have the DNA for it,” she added.

It was unclear whether the enthusiastic response to her Globes speech — after which anonymous friends of the chat show queen were reported as saying she was “actively thinking” about a 2020 run — may have brought a change of heart.

2020 Presidency: Trump Says He Would Beat Oprah Winfrey… But She Won’t Run (Video)

Winfrey went on in the interview to voice optimism about the current political US political climate.

“I think what’s exciting is this moment in our political history, in our social engagement,” she said.

“It’s really opened a lot of people to the fact that they have a voice, and it’s gotten people involved in ways that they never would’ve been before.”

Winfrey, the first black woman to own a television network, also reflected on the wave of sexual misconduct allegations gripping the worlds of entertainment, media and politics — the core of her Globes speech, in which she heralded a “new day” following the watershed.

“It has seared into the consciousness a level of awareness that was not there before,” she told InStyle.

“That’s the most important thing to me. When Reese Witherspoon can tell her story at the same time as a farm worker in Iowa or a factory worker in Alabama … You can see you’re not alone.”