Skip to content
Governor Rochas Okorocha of Imo State has announced on his Twitter page that LiberianPresident Ellen Johnson Sirleaf will be visiting Imo State on Thursday. 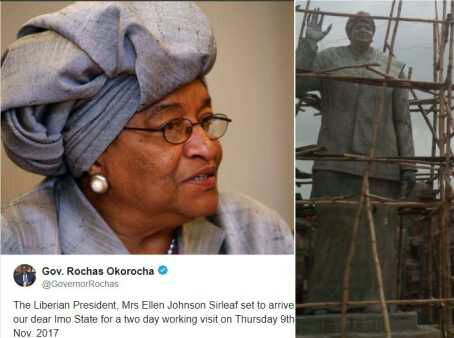 A Twitter user, @116Olivia has shared a photo of Sirleaf’s statue taken while it was, which will be unveiled on Thursday.According to the Twitter user, who had a little encounter with the NSCDC officials guarding the Imo Hall of fame, there are eight statues in all, two are still under construction. 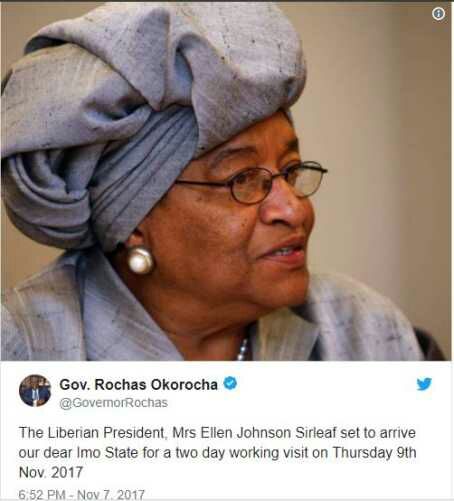 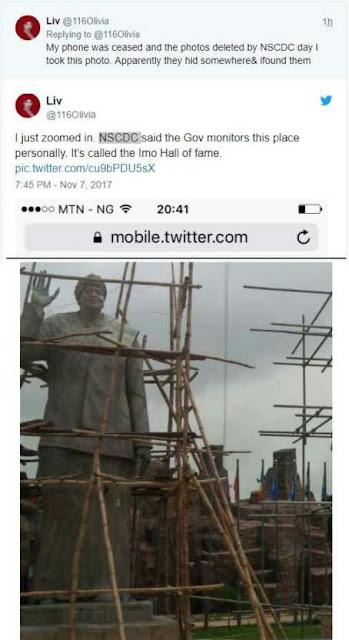