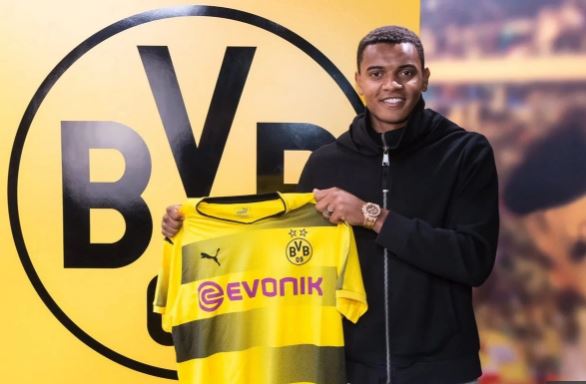 Borusia Dortmund have announced the signing of £20million Manuel Akanji from Basel.

The defender, who attracted interest from Manchester United and Liverpool, has signed a four-and-a-half year deal with the Bundesliga giants.

Following the deal, the 22-year-old said: “I felt very good in the talks with the Dortmund managers, so it was a decision of the heart and I’ve always liked the football played in Dortmund.

“I’m looking forward to the time here and will do my best.”

The 22-year-old helped Basel win the Swiss League in 2016, before they secured the domestic double last year.

After 42 appearances for Raphaël Wicky’s side, he bagged a total of five goals. United were hoping to hijack Dortmund’s deal for the defender, but Akanji had other ideas.

Liverpool were also said to be monitoring him, but their interest dropped after they signed Virgil van Dijk for £75million.
Dortmund sporting director Michael Zorc said: “Manuel’s performances put him on the radar of a number of top European clubs.

“We’re delighted that he’s chosen to join us.

Manuel Obafemi Akanji is a Nigerian-Swiss footballer who was born in Wiesendangen, Switzerland in 1995.