Skip to content
The Nigerian senate may be set to begin investigation into how the Paris Club refunds were doled out to state governors by President Muhammadu Buhari were approved. 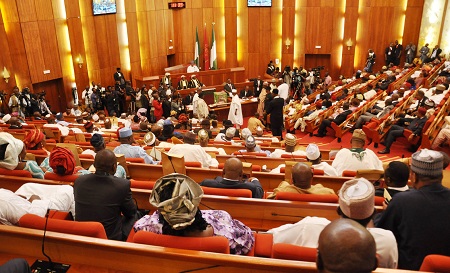 A report by The Sun New has shown that strong indications have emerged that the Senate may sanction an investigation into how the Paris Club refunds and other bailout funds doled out to state governors by President Muhammadu Buhari were approved.

Sen. Samuel Anyanwu from Imo State, in a motion, on Thursday, queried the legality of the funds given to governors by President Buhari. He also sought to know who gave the approval.

Senate President Bukola Saraki, while speaking briefly on the motion, sought the leave of his colleagues to approve that the motion be brought to the floor at another legislative day.

Lawmakers, thereafter, agreed that Anyanwu presents a proper motion at another legislative day.