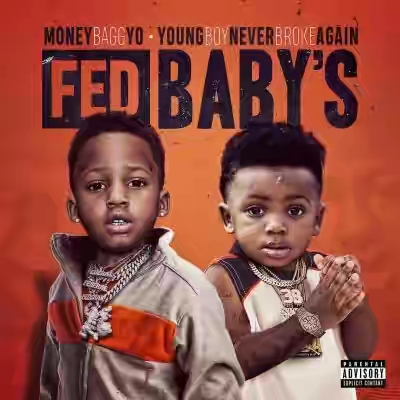 It’s safe to say Youngboy Never Broke Again has been on a pretty turbulent path to success over the past year or so. From getting released from jail in May following charges of attempted first-degree murder in November 2016 to releasing his AI Youngboy project in August, the fast-rising Baton Rouge rapper has quickly become one of the most polarizing and hottest new rappers coming out of the South right now.

Last month, we found out that NBA Youngboy was joining forces with Lil Uzi Vert for a joint mixtape called Too Fast, which is on the way, but before that arrives the Baton Rouge rapper is teaming up with Moneybagg Yo first for another joint mixtape called Fed Baby’s, which has surfaced today for our listening pleasure.

The 14-song project features two guest appearances from Young Thug and Quavo, meanwhile the song titles appear to represent phrases and concepts from the justice system, which is something both of these two rappers are familiar with. Production on the other hand comes from the likes of Southside, Honorable C.N.O.T.E, DJ Swift, Bobby Kritical, June James, & more.