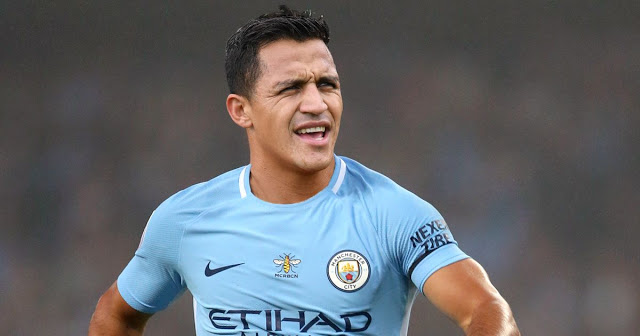 Manchester United remain favorite to sign the Arsenal star but City have not given up on him despite reports that they were no longer in the Chilean.

We learned a move for Sanchez is “highly unlikely” from City, with the club unwilling to pay what they consider exorbitant sums of money being demanded by Arsenal and the player’s representatives.

But a final decision will be made by City today, following a meeting between Guardiola, chief executive Ferran Soriano and director of football Txiki Begiristain, with chairman Khalddon Al Mubarak also in dialogue with the trio.

The Premier League leaders have always been Alexis Sanchez’s first choice but City are reluctant to pay over £20million for the former Udinese man.

This had given Manchester United the head in the race but it seems the Citizens are now ready to do whatever they have to do to stop United from getting Sanchez.

Pep Guardiola signed Sanchez from Udinese in the summer of 2010 and he is willing to reunite with the Chilean at the Etihad.