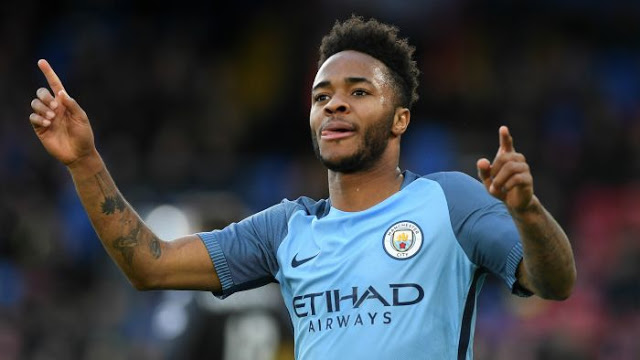 Raheem Sterling says Manchester City have become “killers” during their remarkable run in the Premier League.

Pep Guardiola’s men have swashbuckled their way to an eight-point lead at the top of the table, having dropped just two points in 13 matches.

Their latest win saw them come from behind in a hard-fought 2-1 triumph at Huddersfield Town on Sunday with Sterling scoring a fortuitous, but ultimately deserved, winner for the visitors.

City have scored 42 goals during their sensational run, and Sterling says the squad’s ruthless mentality is behind their success.

“We wanted to get a goal as soon as possible, and the message was to get right at them, get in their area and try to pin them back, and that’s what we did,” Sterling said in quotes reported by the Manchester Evening News.

“With the mentality we have had this season I didn’t have one doubt for a moment. We kept going, dug deep and got that early goal which pushed us to the win.

“From what I have seen this season from the boys, the work rate and mentality we have had, we have tried to be killers, and we showed that in the second half.

“It just shows the character from the boys. If you could see the dressing room at half-time you would see everyone was disappointed, everyone was ready for the second half.

“There were no heads dropped. Everyone was pumping and raring to go.”

Sterling’s own contribution to the City cause has been a big one, with the England winger top of the club’s scoring charts in all competitions with 12 goals.

It already represents Sterling’s best return in a single campaign, but the former Liverpool winger is refusing to set targets lest it come back to haunt him.

“I just get in the box and try to be as calm as possible,” he added.

“I set myself targets every season – sometimes you don’t match them, but that’s the thing about football you always have another year to try again.

“I am just really happy to be working in such a fantastic team.

“I can’t tell you the target because I don’t want to get slated for it! I always set myself a realistic target, but high standards as well, and hopefully I can match them this year.”