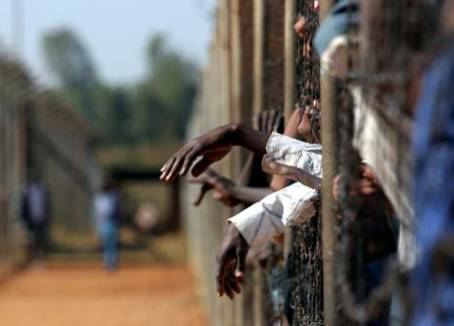 28 year oldJames Linyadahas been convicted and sentenced to 18 months imprisonment with hard labour for proposing violence by aBlantyre Third Grade Magistrate Courtin southern Malawi.Linyada was arrested on October 20 after he stopped a female Police ConstableHappy Kwisongolewho was going home from work, and called her a ‘bloodsucker’ which made people carry various weapons such as stones, sticks andburglar bars ready to deal with the officer. It took the intervention of her landlord who pleaded with the crowd to disperse as the lady was not a blood sucker but a Police officer at Kabula.Linyada pleaded guilty to the charge of proposing violence contrary to section 87 (1)(a) of the penal code. Passing the sentence Third Grade Magistrate Catherine Magwira said though the accused was a first offender, the offence he committed is serious.”His behavior was very bad. He wanted the angry people to take away the life of an innocent police officer. She said the court could not condone such bad behaviour within the society. It is for this reason that the accused should be given a custodial sentence to remove him from the society so that people should live in peace,”Magwira said.The magistrate then sentenced Linyada to 18 months imprisonment with hard labour without an option of a fine.
Share this...