Skip to content
Harry Kane says he is only focused on Tottenham after securing a 1-1 draw against Real Madrid at the Bernabeu. 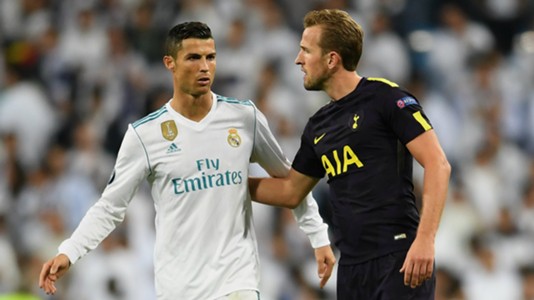 The English forward was in the game as his pressure on Varane, forced him to cause an own goal and he missed a chance to win it for Tottenham after Ronaldo levelled from the spot.

The England striker had been heavily linked to Madrid in the build-up to the match, but when asked after the game in the mixed zone if he sees himself playing for Real one day, he simply said: “I’m focused on the season. I want to keep playing well for Tottenham.”

On the result, which leaves Spurs joint-top of Group H alongside Los Blancos with seven points, he said: “We came here and got a great result against a very good side and it leaves us in a great position for the rest of the Champions League group.”

And he added: “There were chances at both ends. We could have nicked it in the end, but they are the best team in the world at the moment and we are very happy.”