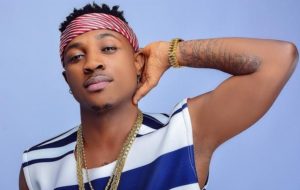 During an interview with Showtime, Sugarboy expressed his confidence in becoming a bigger artiste than Wizkid and Bob Marley. The G-Worldwide signee went on to boast about having what it takes to become the biggest artiste in the world.

“It’s been a great year for me; particularly because it’s the year I dropped my album and it’s the year I really got to be known. I’m grateful to my label for that; it’s hard work and with God’s help I’ll become the biggest music artiste in the world; not big like Wizkid but big like the late Bob Marley by God’s grace”, he said.

Speaking further, he bragged of how big he has become in less than three years of breaking into limelight.

“The Sugarboy brand has been growing since 2015; I was unknown before 2014 but since 2015 it’s been a growing brand, it’s not an overnight thing. Sugarboy is a force to be reckoned with; I’m the future, the same way they saw Wizkid back in the day when Banky W asked people to watch out for him, that’s who I am right now, by God’s grace I’ll be a music mogul in years to come.”