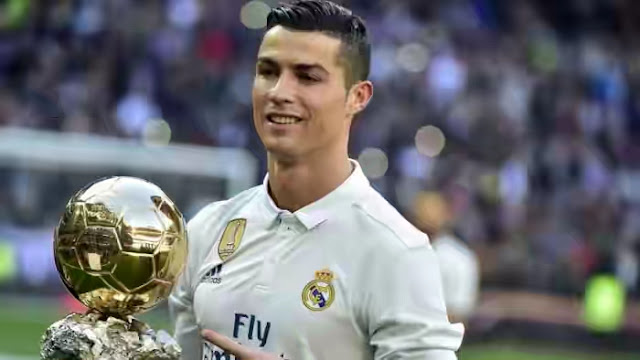 When your plane lands on the Portuguese island of Madeira, your journey terminates at Cristiano Ronaldo International Airport. From there you can take a car into town and get your head down at the Pestana CR7 Funchal, Madeira’s trendiest hotel located right on its glistening waterfront.

Real Madrid’s all-time record goalscorer, naturally, will be staring down on you from the walls along the corridors. The carpets are a luxurious thick green, to remind you of a football pitch – the setting for Ronaldo’s fortune and glory.

Spend one night there and you get an autographed postcard from the man himself. Stay a second night and you’re upgraded to a signed football.

Another one of these Pestana CR7 hotels – part-owned by Madeira’s favourite son – has since opened on the mainland in Lisbon with one due to open in Madrid and a further property imminent in New York.

Kick back and relax, pull up your CR7 blanket and on the complementary Apple TV stick on “Ronaldo”– the documentary.

Shower and revive and slip on your CR7 underwear, your CR7 denim jeans and your CR7 shirt. Give yourself a little splash of CR7 fragrance and lace up your handmade CR7 footwear and you’re ready for your trip out.

Next door you’ll find Museu CR7, dedicated to Ronaldo’s rampant individual and collective success. You’ll see replicas of his Champions League trophies, his Ballons d’Or and if you look carefully you’ll see one of his Goal 50 awards too.

Take a selfie on your #CR7Selfie app with the bronze Cristiano Ronaldo statue outside so you’ll have a memento forever.

From his Nike trainers and football boots to shampoo, ear buds and even Egyptian steel, everyone wants a piece of Cristiano Ronaldo. He is the world’s best-known and best-paid athlete, estimated to have earned $88 million in 2016 alone by Forbes.

His Instagram feed is reported to net him around £310,000 per sponsored post – just behind Kim Kardashian and Selena Gomez on that rich-list.

He is admired, envied, copied – both in terms of what he can do on the pitch and what he can achieve off it.

Go anywhere in the world and you’ll see kids and adults alike in his Portugal and Real Madrid shirts. Every game of FIFA that’s loaded up, he’s there looking back at you. You can’t escape him.

As a Portuguese, we are proud to have him,” ex-team mate Nuno Gomes told Goal. “As we were in the times of Eusebio and Figo and Rui Costa.

Even if we are a small country we are used to having some great football players.

Cristiano is one of the best in the world. Of course, we are proud to have him. We respect him a lot.

Ronaldo is transcendental in a way no player before him has been. Famous Manchester United number 7s of the past in George Best and David Beckham created trends and mania of their own but neither matches the awesome power Ronaldo combines on field and his star quality off it.

No one else has been able to match the goals, the trophies, the golden moments Ronaldo has earned throughout his career with that unique Hollywood appeal.

Ronaldo stands alone at the top of the game as football’s all-time icon.

Ronaldo is the footballer the world thought David Beckham was and he’s also the sex object that David Beckham presented himself as being, says author and journalist Mark Simpson, an expert in popular culture.

Ronaldo’s impact as a footballer has been well-documented with four Champions Leagues, four Ballons d’Or and, now, five Goal 50 awards. No one has scored more goals for Real Madrid or for Portugal and he is destined to be remembered as one of the all-time greats. But he brings far more to the table than those great players who have gone before him.

George Best has said a lot of footballers have been compared to him but only the Ronaldo comparison was flattering,” Simpson continues.

Best was a new kind of footballer, he was a footballer pop star. You could say in t