Skip to content
Juventus have been cleared of any wrongdoing over Paul Pogba’s big-money transfer to Manchester United. 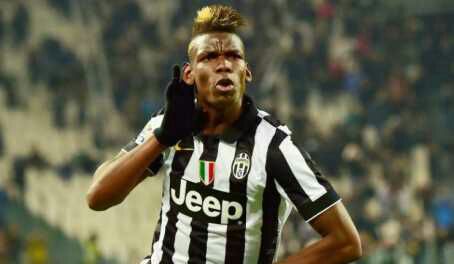 FIFA announced in May that it was investigating the then world-record £89.3m, plus add-ons, move that sealed the France international’s return to Old Trafford.The world governing body cleared United inJune but opened proceedings against Juventus, with claims the Serie A side’s arrangement with agent Mino Raiola could have breached third-party ownership rules.However, FIFA has now confirmed no action will be takenIn an interview with Press Association Sport, a FIFA spokesman said: “The FIFA Disciplinary Committee has decided to dismissall charges against the club Juventus FC forthe apparent infringements of the Regulations on the Status and Transfer of Players (RSTP) in the frame of the transfer of the player Paul Labile Pogba given that the evidence available was not sufficient to establish to the appropriate standard of proof, that art. 18ter of the RSTP had been breached.“The Disciplinary Committee nevertheless underlined the importance of always preserving the independence of clubs and players in recruitment and transfer-related matters in order to ensure the integrity of matches and competitions.”
Share this...