Skip to content
The arrival of Diego Costa from Chelsea could signal the end of Torres’ in Atletico Madrid where his playing time has declined. 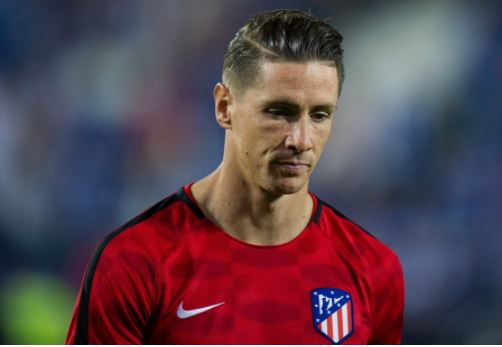 Fernando Torres will reportedly seek a move away from Atletico Madrid in the January transfer window.

The 33-year-old signed a fresh 12-month contract with Atletico during the summer after ending the 2016-17 campaign with 10 goals in 45 appearances for the Madrid giants.
The 110-time Spain international has failed to score a single goal across 10 appearances this season, however, and will fall further down the pecking order when Diego Costa becomes available for selection at the start of 2018.

According to El Larguero, Torres, who has not started a La Liga game since the opening weekend of the season, will seek a move away from Madrid in January, which has alerted the attention of a number of MLS and Chinese Super League clubs.

Torres returned to Atletico in 2015, initially on loan from AC Milan, before re-joining on a permanent deal in 2016.