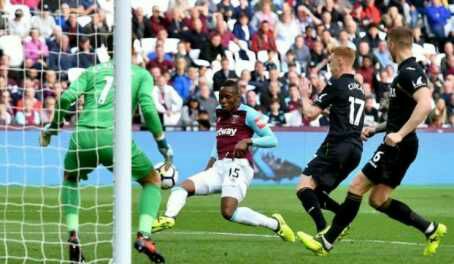 “I still want to leave. I always say it. I don’t hide it,” he said. “Fans happy or not, I want to change environment.“I want see something else in regard to everything happened to me. I spent three wonderful years at West Ham.”“Even more I learned that I was the best goal-scorers in activity in regards of all games I played. I can only be happy but overall I want to change my environment tosee other things, and I think going to Francewould be good to find a challenge for my career.“And why not one day come back here or somewhere else but today I want to change my environment.”Earlier this month, it was revealed that Diafra Sakho’s contract includes a two-yearoption that West Ham can trigger to keep him at the London Stadium.Although it was widely reported that his contract expires at the end of this season,360nobsconfirmed it in fact runs beyond the current campaign.
Share this...