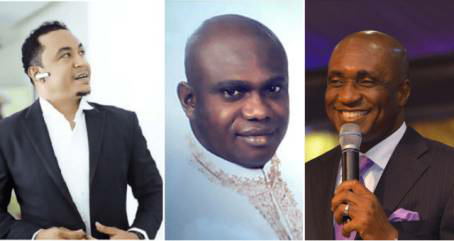 Recall, Pastor Chibuzor is said to have rejected his own and used for charity, whileit has not been known what pastor David did or will do with his own.The popular presenter took to Instagram toshare the photo below and disclosed that Nigerians should think wisely as their salvation might just depend on the actions of the Men of God.He wrote:“Two pastors in the same city, Port Harcourt, Rivers State.–Both recently celebrated their birthdays. One turned 44 while the other turned 55.–Both were given Rolls Royce ghost cars as gifts. One collects it with arms wide open, while the other rejects it, and collects the money which he uses to build another free school for poor children. It is alleged that he already has 7 free schools for orphans and poor children, where they are fed at least once a day, and are taken abroad on excursions.–Questions arising:*1: Which one is more Christ like?2: which of the two is contributing his quota towards nation building?3: Which should a christian rather give offering to?4: Which act will on the long run improve the economy?–Think wisely…. your salvation might just depend on it! ~FRZ–#FreeTheSheeple” 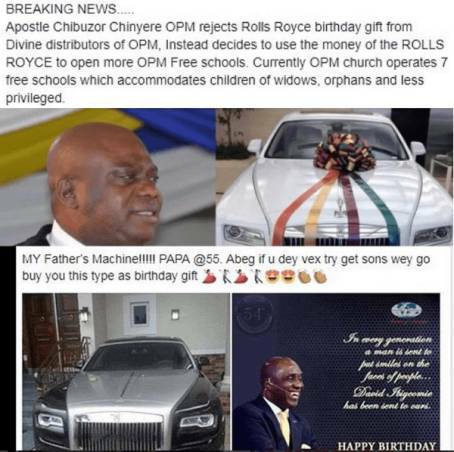