Skip to content
Antonio Conte has given his backing to Michy Batshuayi, backing him to make an impact from the offset or from the bench. 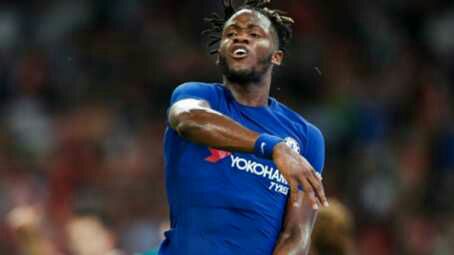 The 24-year-old forward joined Chelsea for£33 million, but had a difficult time last season. However, he has started making an impact now.Batshuayi was the hero for Chelsea, as he came off the bench to score two goals against Watford and he was impressive against Everton, despite failing to score.“I think he’s ready to start, he’s ready to come on during the game and have a good impact,”Conte said. “Sometimes if I decide to play with two strikers, maybe I don’t know. But it’s important to know I can count on him.“Last season was very difficult for him, but it was also difficult for me.“I think Michy is improving a lot. He’s working very well and he’s understanding this football and what I want from him. He’s improving, he’s improving a lot.“I’m very happy. Tonight he didn’t score, but he played very well. I don’t judge if my striker scores or doesn’t score; I judge the player’s performance for the team.”
Share this...