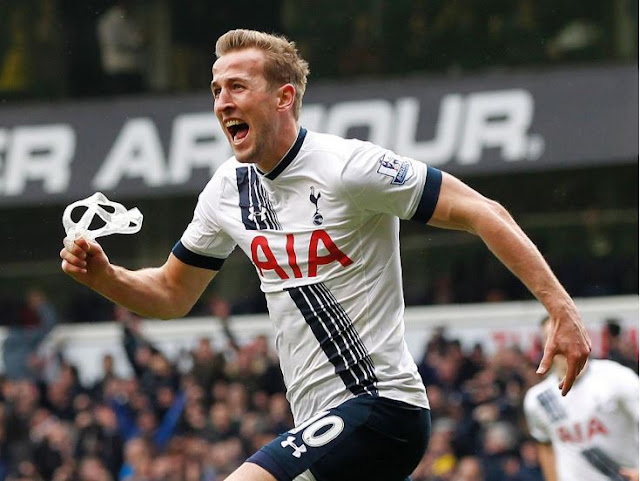 Tottenham Hotspur striker, Harry Kane has said the club can win the UEFA Champions League trophy this season after Spur thrash Real Madrid 3-1 on Wednesday.
Kane told England media that he believes Spurs cannot only compete with the best in Europe but they can win the Champions League.
“Definitely, why not? We have to believe. Maybe nobody who watched that will want to play us although everyone in the Champions League is a good team. It will give us a lot of confidence and belief and we have to build on it.

“We got to the quarter-finals [in 2010-11] and Madrid knocked us out. We feel we can beat anyone. You have to beat the best teams to go far and that is what we will try to do,” Kane said.
Tottenham have progress to the next round of the Champions League in style by finishing first in Group H ahead of the La Liga champions, Real Madrid.
The England club next match is against Dortmund in Germany on November 21.