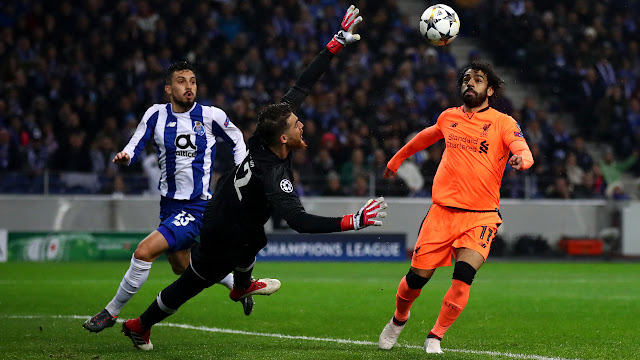 Liverpool are through to the quarter-finals of the Champions League for the first time since 2009 after a 0-0 second-leg draw at Anfield gave them a 5-0 aggregate win over Porto in their last-16 tie.

Sadio Mane acrobatically fired an effort over the bar and hit the post in a generally tame first half that also saw Dejan Lovren head narrowly wide.

Majeed Waris’ strike in the second half was Porto’s only shot on target.

It was always likely this might be a quiet affair with Liverpool having already done the damage in Portugal on Valentines Day.

Virgil van Dijk and Mohamed Salah were named among the substitutes but the Egyptian did have a cameo in the second half as Mane was given a breather.

There was also a chance for Joe Gomez and Adam Lallana to gain further fitness following returns from injury – while Danny Ings enjoyed some rare game-time as a second-half substitute.

Liverpool will discover their quarter-final opponents when the draw is made on 16 March (11:00 GMT). The ties will be played in the first and second weeks of April.