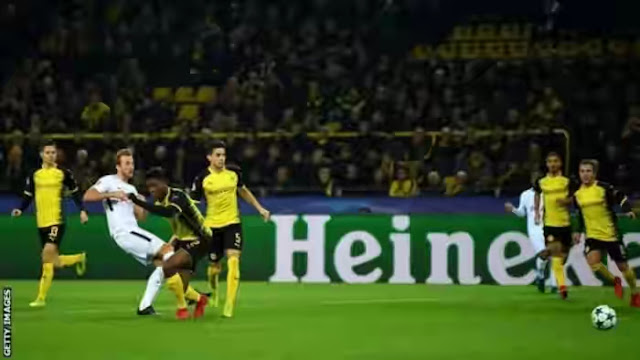 Tottenham came from behind to beat Borussia Dortmund in Germany and secure first place in Group H of the Champions League.

Dortmund needed a win to keep alive their slim hopes of progressing to the last 16 and they took the lead in the first half when Pierre-Emerick Aubameyang swept in his 16th goal of the season.

However, Spurs turned things around in the second half as Harry Kane equalised with a clinical low strike from the edge of the box soon after the restart.

Son Heung-min’s curled finish wrapped up the win late on.

It was a much-needed result and performance for Tottenham after the disappointment of their north London derby defeat to Arsenal at the weekend.

And it continues an impressive campaign in Europe so far with Spurs coming out on top of a group containing Dortmund and Real Madrid with a game to spare.