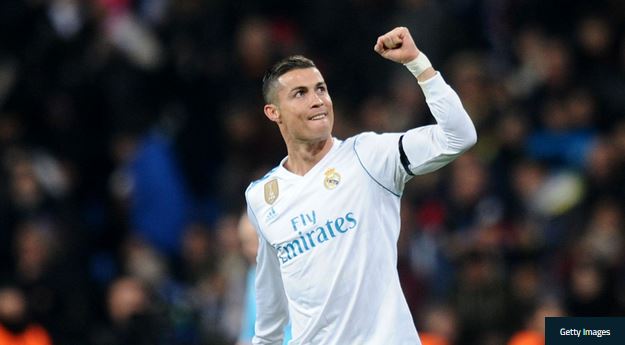 There was another slice of Champions League history for Cristiano Ronaldo as Borussia Dortmund’s miserable campaign ended with a 3-2 defeat at the Santiago Bernabeu on Wednesday.

Ronaldo, already the competition’s all-time highest goalscorer, became the first player in history to convert in all six group-stage matches when he gave Los Blancos a two-goal lead, but Lucas Vazquez clinched the win in the 81st minute after Pierre-Emerick Aubameyang’s double levelled.

Borja Mayoral took just eight minutes to make the most of replacing the misfiring Karim Benzema as one of five changes by Zinedine Zidane, finding the back of the net for the first time in the Champions League.

Madrid’s blistering start continued as Ronaldo curled home his landmark effort one day before finding out if he will match Lionel Messi’s record of five Ballons d’Or, though Dortmund halved the deficit when Aubameyang punished the defending champions for over-playing at the back.

Aubameyang has never hidden his desire to play for Madrid and it would have been hard for the home fans not to admire the clever second-half chip over Keylor Navas that looked likely to earn Peter Bosz’s struggling side a draw.

Vazquez had other ideas, though, as the hosts, who were already guaranteed to finish second prior to kick-off, picked up their first win in three matches.

Dortmund pipped APOEL to a place in the Europa League despite an eighth outing in all competitions without a victory.