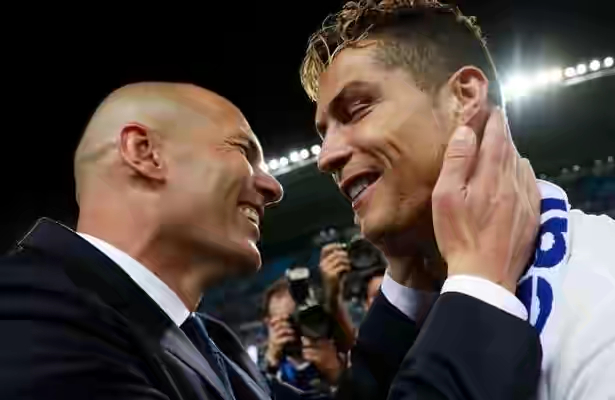 Real Madrid manager, Zinedine Zidane, has said their Champions League clash against APOEL Nicosia on Tuesday, might be the perfect game to rediscover their form.

Zidane, speaking ahead of the clash, insisted he is not worried by his team’s run of results.

Madrid have just one point from their last two Group H outings, at home and away against Tottenham, but can still ensure progress to the last 16 with a win in Cyprus.

“I enjoy what I am doing, and will always be positive,” Zidane said.

“There are other jobs people have which are not easy. Whatever happens, I am convinced by the resources we have. This is a moment of the season, like last year, when some can be worried. But not me, never.”

Zidane also leapt to the defence of out-of-form forwards Karim Benzema and Cristiano Ronaldo, who have received much criticism following a 0-0 draw with rivals Atletico Madrid last weekend.

“[Benzema] is the first who wants to give more,” he said.

“He knows he can give more. But we are here, and me first, to help all my players, not just Karim. We are doing better, all of us. In our play we are not bad, we are improving. But we need to score one, or two, and then the run changes. Tomorrow we hope it is a game to change this.”