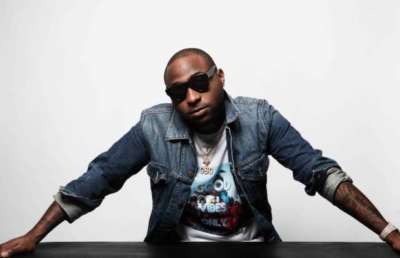 New photoshoot pictures of Davido and South African artiste, Black Coffee surfaced on the internet and it has since sparked rumors that the singers have signed a deal with an international brand. Davido further fueled the rumors when he quizzed his followers to guess what brand he recently signed up for.

It appears the name of the brand has now been made public since a picture showing Black Coffee promoting a body spray, hit the internet. Black Coffee and Davido are believed to have signed a deal with the brand, Axe The brand has international acclaim and the deal means more money in Davido’s account, which is believed to already contain over 30 Billion Naira. 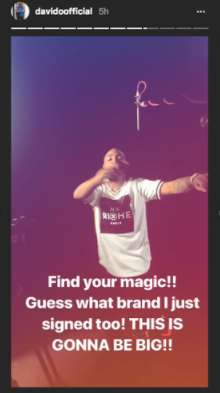 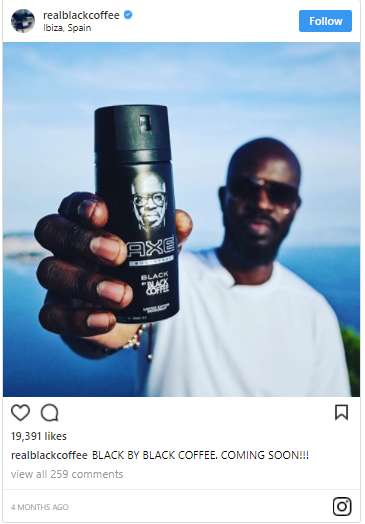