Skip to content
Nigerian musician, Blackface who accused music legend 2Baba of song theft, has shared a screenshot of chat evidence from 2014 where the ‘African Queen’ crooner allegedly admitted to stealing his song. 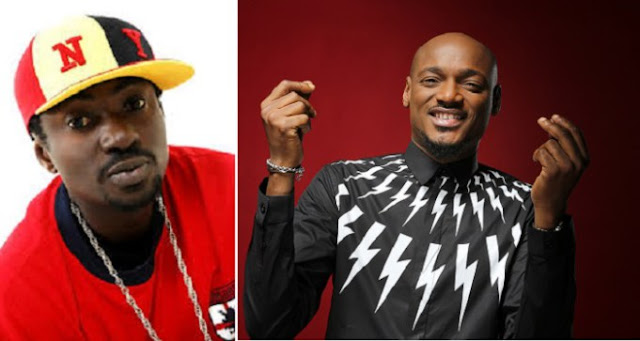 He took to his Instagram page to share the screenshot and revealed that 2Baba and his agents are trying to silent him via social media and that they’ve been avoiding meetings to resolve the issue. 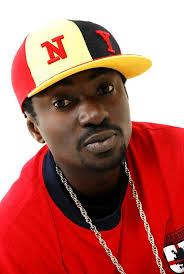 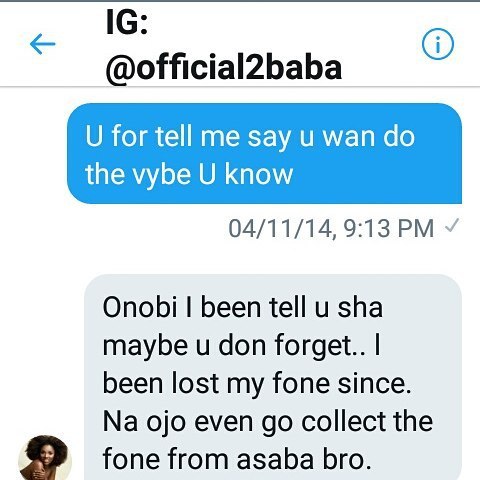 He added that he has more evidence to this effect in case the need for it arises.
He wrote:
Sometimes people push you to the wall and you have no choice but to fight back
This is one of my conversation some years back with @official2baba when i Asked him why did he record my song #Letsomebodyloveyou without my #permission and this was his reply saying he thought he told me but really he didn’t.. and why add your manager as a writer also? so you guys can steal my publishing money? And when asked why you stole my song #Letsomebodyloveyou you Tuface said it wasn’t true and maybe my twitter Account was hacked N after which you unfollowed me but I had this saved for many many years so you can see the level of lies you been feeding fans and people all along
Your manager can’t be a writer in my song boy….its theft And Against the law n funny when you think about all of this….
You of all people should know I never could spread false allegations Bout you unless you denying it And claiming innocent as the Tuface wey you be …
This is why you n your creepy agents are trying to silent me via social media n avoid meetings to resolve this, but Jah has got my back OK
I have more evidence to this effect in case the need for it arises ok tuface & Efe omoregbe & company
Its sad you people forgot what I stand for..I am against corrupt people And bad leaders so una suppose know say e no go easy for all of una when like Hammer i am too legit to quit #BFN
DISCLAIMER
Koreswape do not claim ownership of any of the Songs or posts that we upload or post, and any copyright infringement complaints will be executed immediately! It is our policy to honor all take-down requests!
If You Feel Your Rights Are Being Infringed Upon,Email Us koreswape@gmail.com
Share this...