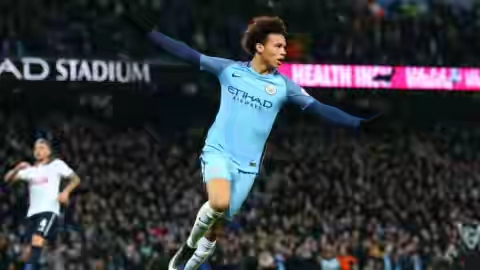 It is not known how long the Germany international will be out for.

The 22-year-old was injured in a challenge by Cardiff’s Joe Bennett and was substituted during the 2-0 win.

“Sane has since undergone scans that confirm he is set for a spell on the sidelines – no timeline has been set for his return,” his club said.

He suggested Sane could miss up to a month of action.

5 hours ago Adminkor
Need Help? Chat with us
Start a Conversation
Hi! Click one of our member below to chat on WhatsApp
The team typically replies in a few minutes.
KORESWAP
Adexco