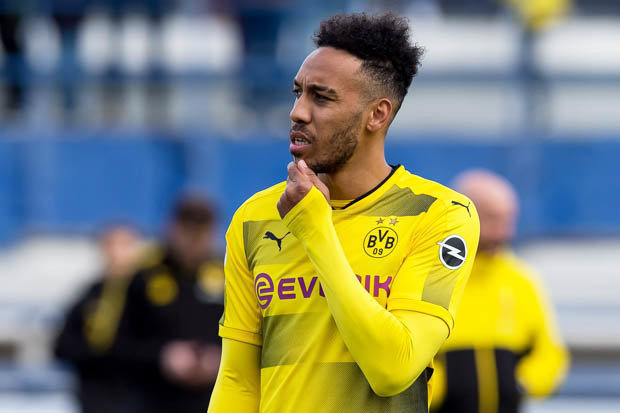 Goal reports that the two clubs have agreed a £55 million (€63m) fee in principle for the transfer of the forward.

Should the deal go on as reported, Aubameyang would become Arsenal’s record signing, overtaking the £46.5m the Gunners paid to bring in Alexandre Lacazette over the summer.

Having reportedly agreed personal terms with the North London club, and an official announcement imminent in the coming days, Aubameyang would once enjoy the luxury of playing alongside his former Dortmund team-mate Henrikh Mkhitaryan at Arsenal after the Armenian joined in a swap deal which saw Alexis Sanchez head to Manchester United.

Aubameyang has scored 21 goals in 24 matches in all competitions for Dortmund this season and also boasts 23 goals in 56 appearances for the national team of Gabon.