Skip to content
Officials of organized labour have clearly shown that they are against the plan by thefederal government to implement the “No Work, No Pay” rule over workers’ strikes in Nigeria. 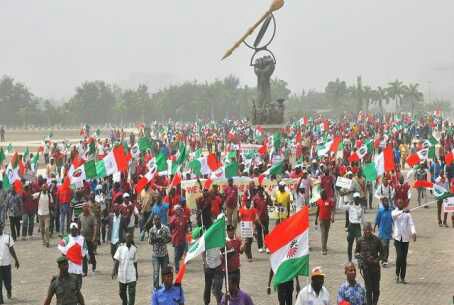 The Minister of Labour and Employment, Chris Ngige, had on Wednesday, last week, after the meeting of the Federal Executive Council, announced the plan – owing to thespate of strikes by industrial unions in the country.He told newsmen that the Office of the Secretary to the Government of the Federation had on April 27, 2016 set up a technical committee on industrial relations matters in the federal public service, following a directive by the council.He said the report the emphasised the need to implement the “No work, No pay” rule, adding that the no work no pay is, in fact, not a rule, or a policy but a law captured inthe Trade Disputes Act of the Federation.“Section 43 to be precise says that workers have a right to disengage from an employer if there is a breakdown in discussions or negotiation. But for the period that the worker does so, the employer should not pay and those periods are to be counted as non-pensionable times in the period of work,” Mr. Ngige had said.He said the federal government had to implement the law ‎because of the spate of industrial crises in the country in the last two months.Responding to the minister’s statement, in a chat withPremium Times, the President of Trade Union Congress (TUC), Bobboi Kaigama, noted that no union goes on strike without giving opportunity for dialogue.“Most of the cases where we had strike, the employer must have reneged on a collectively agreed agreement, or the employer after agitation by employee will blatantly refuse to sit down with the employee.Therefore the law should be fair.“In as much as we believe that strike is the last resort, our strikes are generated from due processes of law and as such cannot be termed as illegal,” Mr. Kaigama said.On the ‘No work No Pay’ issue, Mr. Kaigama stressed: “Even in religious books, a labourer is entitled to his wages and how will you expect someone that did not get paid for sixmonths to one year to react?”On his part, the Nigeria Labour Congress (NLC), President, Ayuba Wabba, argued thatthe law is an holistic process that cannot beimplemented partially.“If a worker is not paid after 30 days, how can an employer implementa ‘no work no pay’ law? Strike is notillegal,” he said.He said the labour law views strike as a legalinstrument used by the workers to demand their right.“When we are implementing any law, it should be implemented in its entirety and not picking one aspect of the law and refuse to respect others.“How can Kogi State governor implement ‘no work, no pay’ when he is owing its workers for over 21 months?”Speaking in the same vein, the President of Senior Staff Association of Nigerian University (SSANU), Samson Ugwoke, said strike action is legitimate and the union does not bother about being paid when on strike action.“To us, it is not acceptable. If government wants to implement no work, no pay, they should be ready for no pay no work,” he said.“Strike is legitimate and any time we go on strike we don’t bother if we were paid or not during the period ofstrike.“If it is the part of the government that necessitated the strike, they should bear the cost, they should notimplement ‘no work no pay’. If we go on strike unnecessarily, we pay for it but if government enters into an agreement, it must respect it.”Biodun Ogunyemi, President of Academic Staff Union of Universities (ASUU), said the ‘no work,no pay’ law has been tested before and is not workable in Nigeria.“It’s like you are beating a child and you are saying the child should not cry. There is no trade union that goes on strike without giving notice and warnings and every trade union will always try other possible optionsbefore resorting to strike,” he said.
Tags: NEWS