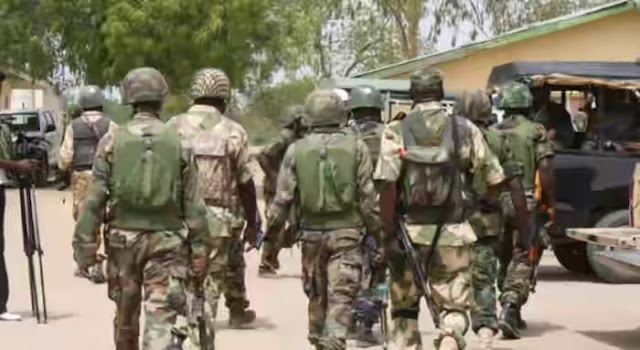 The suspects, Doris Egbufurum, 39, and Esther James, 40, were said to have been arrested with the baby at Babale Gwam checkpoint, a boundary between Plateau and Bauchi states.

The Commander of Sector 1, Colonel Musa Etsu-Ndagi, who paraded the suspects, said that they were arrested 7.15pm on Monday by operatives of OPSH at the checkpoint after the duo boarded a commercial vehicle in Bauchi.

“A passenger in the vehicle raised theYou alarm that she suspected that the baby with the two women was stolen because neither of them appeared to be her mother.

“The troops arrested them and investigation revealed that they bought the baby girl from one Mr. Abuna in Bauchi State for N300,000,”Etsu-Ndagi said.

The commander also said the baby was in the military’s custody, adding that she was under the care of medical officers.

According to him, the OPSH was making efforts to hand over the baby to the National Agency for Prohibition of Trafficking in Persons, an agency of the Federal Ministry of Justice.

“NAPTIP does not have an office in Plateau State; their closest office is in Makurdi, Benue State,” Etsu-Ndagi said.