Skip to content
Massimiliano Allegri slams Juventus for theirconcentration lapses in the 4-1 win over SPAL in the Serie A. 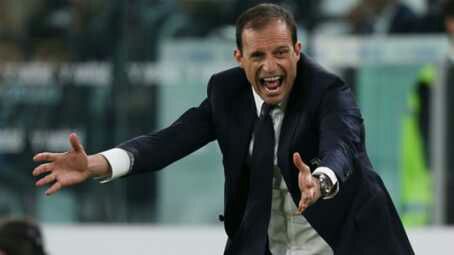 Goals from Bernardeschi, Dybala, Higuain and Cuadrado helped seal all three points for second placed Juventus.Allegri’s men were in the lead in the first 22 minutes, but the deficit was reduced by one before the break.Eventual winners, after SPAL had a goal ruled out for offside, the Italian believes they will lose to Milan if they play like that.“If we play like this at San Siro against Milan, we will certainly lose,” he said to Mediaset Premium .“We still haven’t worked out that it’s nice to score good goals but that we’ve got to keep the intensity and concentration up.“We got ourselves into trouble and SPAL didwell to get back into the game. In the secondhalf, we took a big risk with Alberto Paloschi and fortunately it was offside.“We have to find a balance or it will be difficult to win the title. We don’t just want to attack or defend, but maintain a balance.“After going 2-0 up, there were three mistakes, one after the other, SPAL were able to control the ball. Anything could have happened if it had got to 2-2. You cannot afford that against the bigger clubs. Look what happened to us against Lazio.“I’m very demanding when it comes to this and the boys will understand it.”He added: “I hope this is the last time that I will have to throw my jacket to the ground[in anger]. I’m getting older. The boys are good but they have to be more careful.”
Share this...