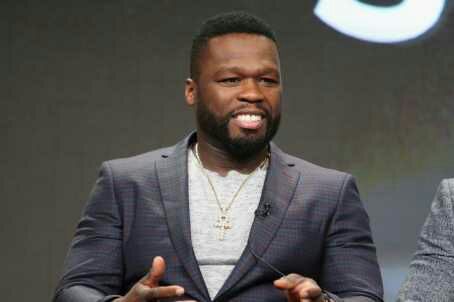 50 Cent Teases Upcoming Film Role In “Den Of 50 Cent Teases Upcoming Film Role In “Den Of Thieves”Thieves”Despite having multiple televisions shows to his credit, 50 Cent is not one to sit on the sidelines if there’s more exposure to be had. The actor/rapper is continuing to tease an upcoming film project that he has in the hopper called Den of Thieves. Billed as a crime thriller about a man who getscaught between two groups of criminals while in the process of pulling a lucrative bank job, Fif will be starring alongside the likes of Gerard Butler and O’Shea Jackson Jr., just to name a couple.
Check out the film’s poster below.
RELATED:50 Cent Says His Next Move Will “Shock” His Fans“This one you must see,” proclaimed 50 Cent, letting his fans know that the movie is set to hit theaters on January 19th. The film is written and directed by Christian Gudegast, the same man who penned notable action flicks like London Has Fallen and A Man Apart. While not Oscar bait by any stretch,London grossed over $60M at the box office and positions thewriter/filmmaker as someone who is poised to take that next step and become a new player in the action movie genre. 50 would have you believe that it’s a movie worth watching and, with a strong cast in tow, should interest a good portion of his fan base.It’s one of the many creative projects that the rapper has put his name on so far this year and even stretching into 2018. His hit STARZ series Power is one of the most popular shows on premium cable and promises to wow even more viewers when their next slate of episodes begins to air. His new BET show 50 Central has also begun to turn some heads, with sketches blending both humor and social commentary, likehis bit that features Vivica Fox as his significant other in a therapist’s office. Check out a clip from that sketch below.
DISCLAIMER
Koreswape do not claim ownership of any of the Songs or posts that we upload or post, and any copyright infringement complaints will be executed immediately! It is our policy to honor all take-down requests!
If You Feel Your Rights Are Being Infringed Upon,Email Us koreswape@gmail.com
Share this...